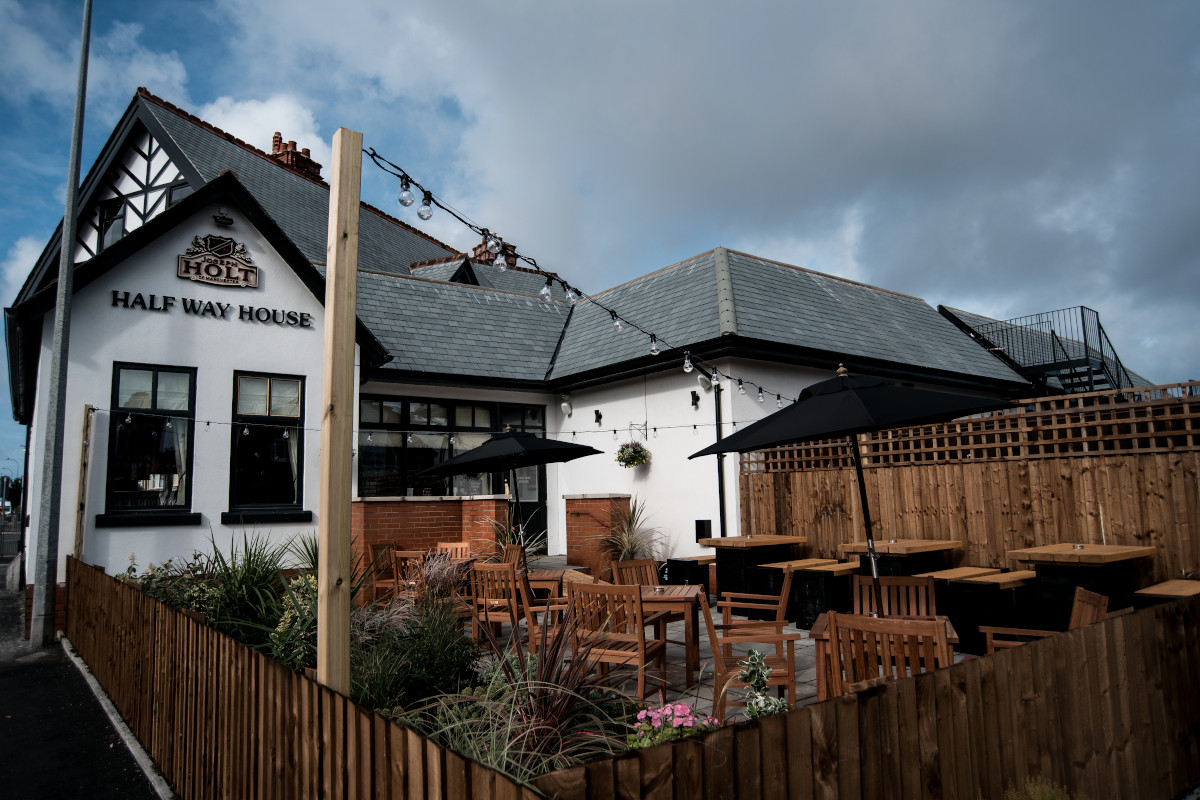 once derelict Blackpool pub, dating back to the 19th century, has been brought back to life following a £1.8 million makeover.

Half Way House in South Shore reopened this week with a VIP launch following a five-month restoration project by new owners, independent run family brewery Joseph Holt, who bought the pub last year. It fully opened to the public on Tuesday 24th September.

Celebrating its place on Blackpool’s landscape and history – memorabilia relating to the town’s present and past hang from the wall such as items from the Winter’s Gardens, Blackpool FC and Blackpool Tower.

Now restored to its former glory in the heart of the Blackpool community, owners Joseph Holt believe the combination of tradition and innovation will create a magnet destination venue for both residents and visitors to the Fylde Coast.

Said Richard Kershaw, Chief Executive and Fifth Generation member of the Joseph Holt family: “It’s been a major investment of nearly £2 million to restore this pub. Joseph Holt is very much a community brewery and we are proud to have restored this pub to give something back to the community, not only as a place for people to eat and drink but by employing a range of part and full time local staff.”

New co-manager Suzanne Tingle, both local to Blackpool, added that in serving a large range of food from pub classics to stone baked pizzas as well as a large selection of the brewery’s award winning ales and lagers, the Half Way House will once again be a landmark pub where people can enjoy a sociable pint, a family meal with children or a place to watch the sport in comfortable surroundings.

“It is a thriving community of both residents and visitors and we are very much looking forward to welcoming customers.”