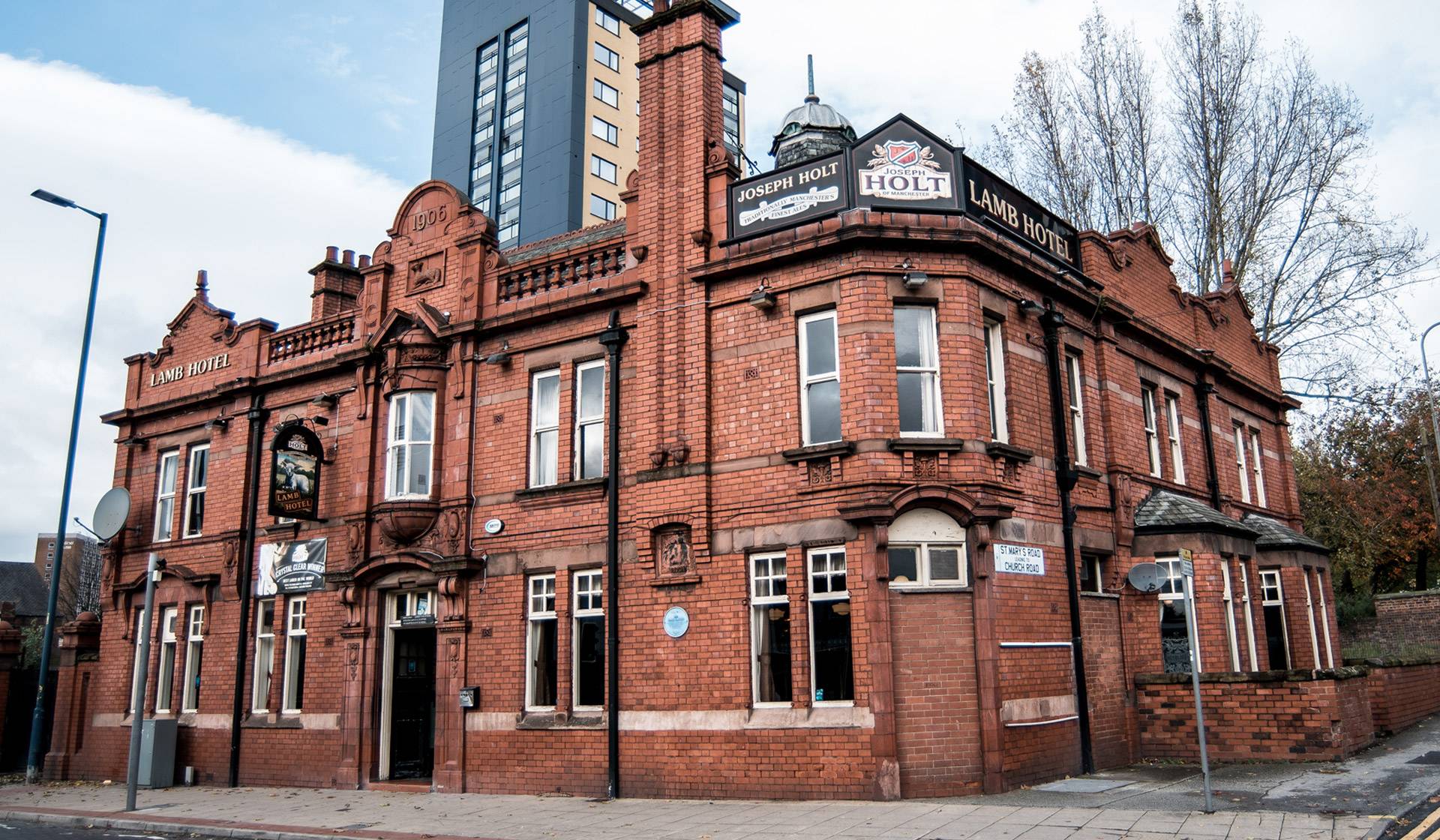 Double victory for our Joseph Holt pubs from CAMRA

On November 23rd, a very special award was presented to The Lamb in Eccles. The Award was for being in the Good Beer Guide for 25 consecutive years from CAMRA – the Campaign for Real Ale, the consumer’s champion.

This is no mean feat to accomplish as not many pubs have been in the #GoodBeerGuide for 25 years, which is both a testament to Andrea and the team’s great work and for driving community spirit.

The special Award was presented to Andrea Lythgoe, Pub Manager who was pleased to accept it for the pub and on behalf of all the staff and customers from CAMRA’s Salford Branch Chairman, Martin Parkinson.

Then on Tuesday 13th December, our Urmston sports pub was awarded the coveted Community Pub of the Year award acknowledging the fantastic work the two Pub Managers, Ian and Julie Slamon contribute to fundraising for local charities. The award also recognised the terrific team efforts at the Lord Nelson on making it a friendly welcoming pub for the whole community.

The award was presented by John O’Donnell, the Trafford and Hulme CAMRA branch Chairman to Pub Managers Julie and Ian Slamon.

We are thrilled for both pubs on their achievements and wish for their continued success as well as look forward to the success stories of our many other pubs!