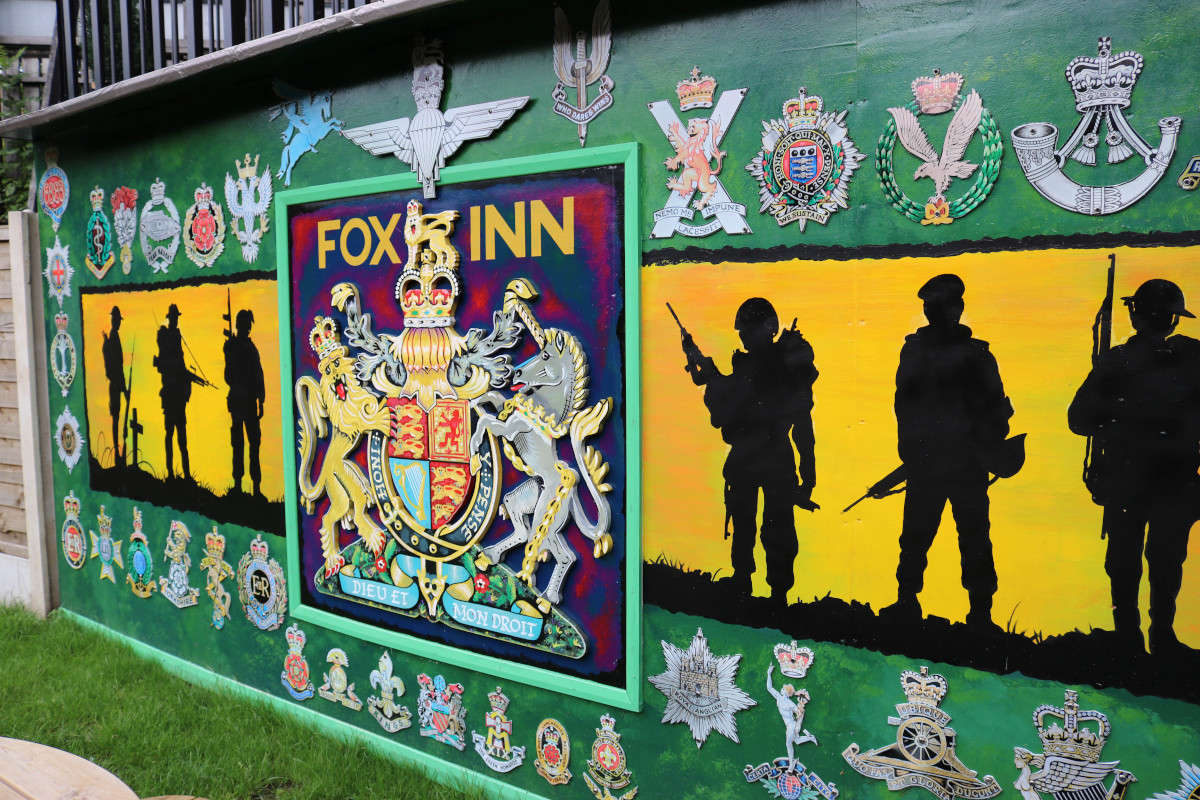 After 18 years in the army, parachutist turned landlord John Price wanted to find a way for his Greater Manchester pub to honour veterans and fallen comrades.

And so the 46 year-old father of four has established a commemorative mural on the wall of the Fox Pub where ex-service men and women can inscribe their names and service numbers as an enduring act of remembrance.

One of the first to leave their details on the wall of the Joseph Holt pub was Bolton-based 95-year-old Second World War hero, Ray Shuck.

A former paratrooper for The Parachute Regiment, Ray was one of the first British troops to land in France on D-Day. He miraculously survived D-Day in 1944 despite being shot in the head by a German sniper. He died earlier this year.

Said John: “We have a large military community in Blackley, but word about the mural has spread far and wide. So if someone ex (or current) military is in the area to visit family, they come and pay their respects and leave their name on the mural too.

“It’s heartening to watch the names accumulating on the wall and to remember all those who have served this country. I also love the fact people write names of loved ones they have lost, such as a chap who has left his grandfather’s name and service number from his time fighting in the First World War.”

John himself was a member the 2nd Battalion Parachute Regiment. As part of the frontline infantry, he served in Iraq, Sierra Leone, Northern Ireland and Macedonia. He has also completed tours of Afghanistan, surviving an explosion on one tour which left him with a shattered knee.

The idea for the mural itself came after John attended the Remembrance Parade at the Cenotaph.

“I had never wanted to go before because it was just too painful to remember all those friends I had lost,” said John, who runs The Fox in Blackley, Greater Manchester with his fiancée, Louise Williams, “But Louise encouraged me. And once I’d been I realised I needed to do something myself.”

John has now added a second mural in the Blackley-based garden of The Fox, this one provides a place where ex-servicemen and women can hang their badges.

Adds John: “The beauty of a remembrance mural in a pub is that people come in all the time. So they read the mural and look at the badges and pay their respects when they stand and look. The pub is a lively, happy place and it reflects the vitality of those young men and women who gave so much to this country.”