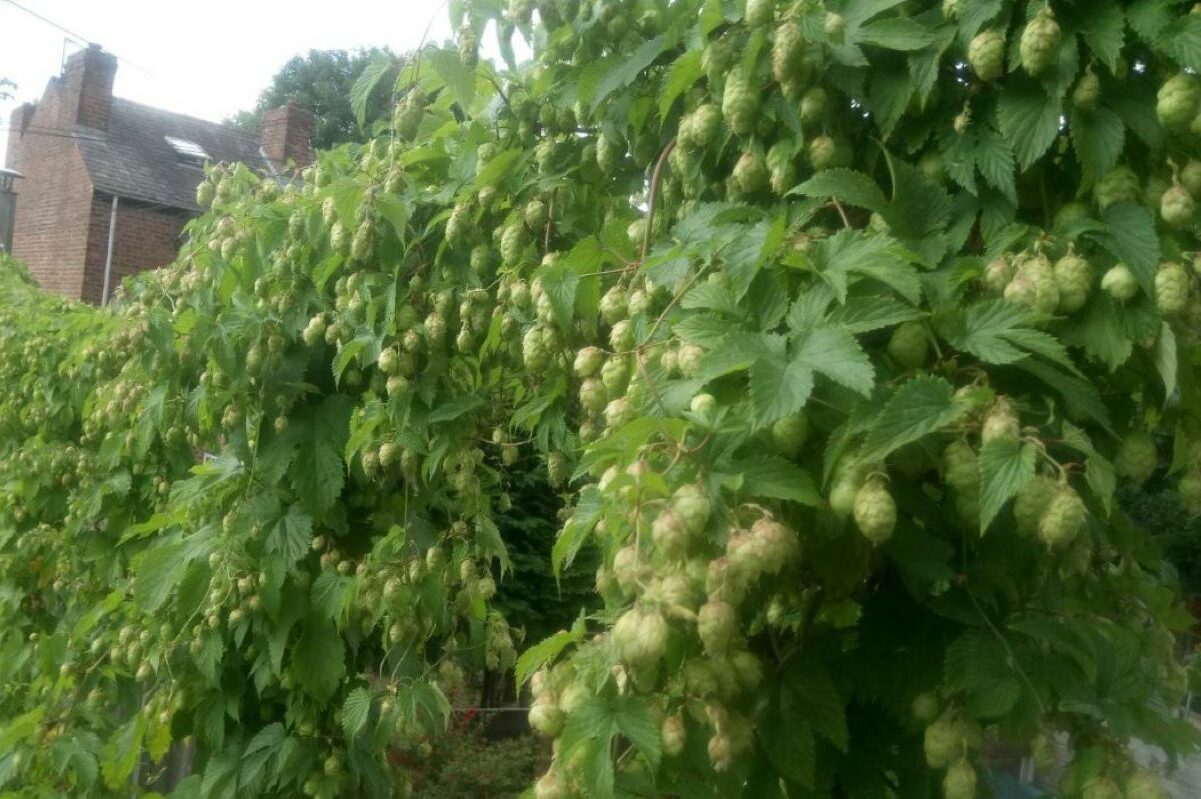 There are all sorts of styles and flavours, but what exactly is beer made of?

‘Hopes, dreams and happiness’, you may answer. Alas no, but the main ingredients in beer are refreshingly simple.

For the quick answer there are 4 key ingredients:

Alongside these beer-making staples can be a number of additional ingredients to create desired flavours, aromas and beer characteristics.

For example, you can add fruit, spices, chocolate, honey, maple syrup and most other things into beer during the brewing process. These will impact the final beer produced depending on the combinations and quantities used to produce the beer style you’re after.

However, these extras are only additions to the main ingredients.

At Joseph Holt, we take our beer brewing seriously. We’ve coupled the artistry of beer brewing with a scientific approach, which has seen us win five International Brewing Award gold medals. So, let’s take a look at the main ingredients in beer.

The Main Ingredients in Beer

The basis of all beer is these four natural ingredients: grain, hops, yeast and water. From these you can brew all the main types of beer.

Let’s look at each in turn to learn why they are used in brewing.

If you’re wanting to learn more about the brewing process itself, take a look at our cask ale guide which explains in more detail. Also, feel free to check out our stout guide here too. 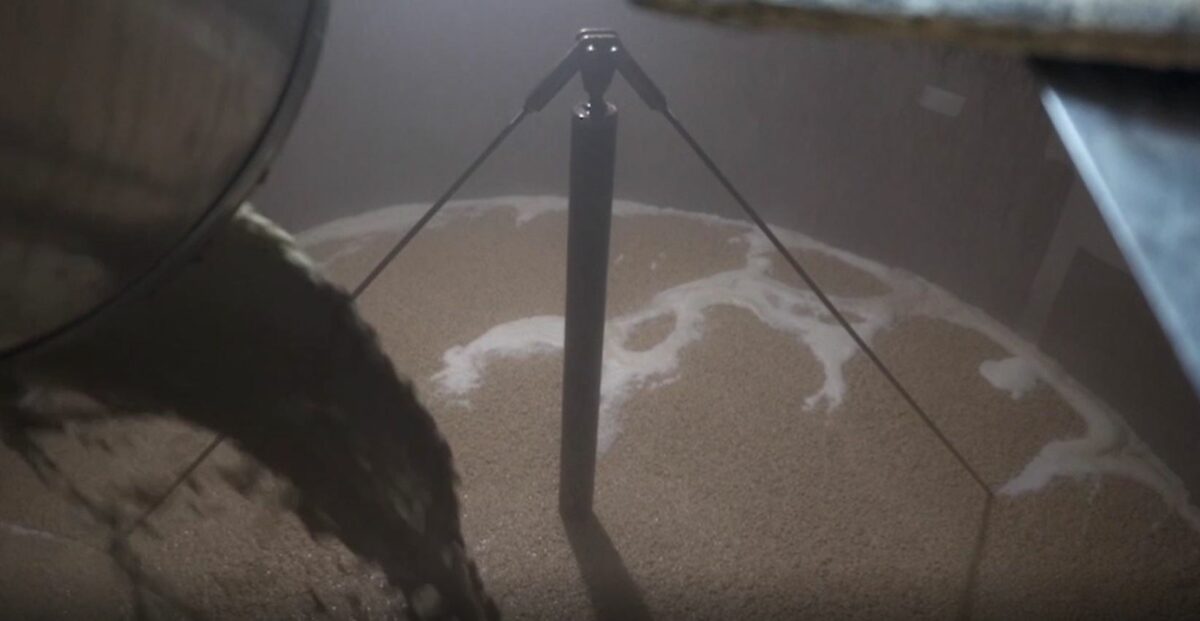 The brewing liquor in beer is the primary ingredient by volume.

You may think water is water, but quality makes a big difference. Forming well over 90% of your pint, the quality of the water plays a crucial part in the brewing process, as well as in the final flavour of the beer.

You also get different types of water ranging from soft to hard. This means that certain types of water contain different ions and minerals, which can all impact flavour and beer characteristics. These days, brewers can even fine-tune the water composition according to the desired beer style.

At Joseph Holt, we boast our very own water supply. That’s right. Not a brewery to do things by halves (unless they’re in glasses), we have our own borehole at the brewery to obtain fresh brewing liquor. Water doesn’t come much fresher or purer than that, which may help to explain the quality of our beer.

Barley is often considered the very backbone of beer. It provides the sugars required for fermentation and gives beers their biscuity and roasted flavours.

Malting begins with steeping the grain in water, which encourages the grain to grow. After soaking, the grain begins to germinate naturally, although under controlled conditions. Here, changes occur within the grain as it prepares to grow into a plant.

The last stage of malting is heat – or kilning. The kilning process reduces moisture, develops colour and flavour, helping to stabilise the malt for storage.

The grain, with the malting process, gives beers certain flavours and depths of colour. Each style of beer – and each sub-style – has its own distinctive taste and shade according to the heat to which the malt is kilned before use.

Paler lagers for example, are developed using lightly kilned malt, that’s heated to a lower temperature. A robust stout, however, would involve use of some deeper roasted malt to give the dark colour and rich flavour.

Some brewers introduce other cereals, too. Wheat, oats, rye, maize or even rice lend specific flavours and characteristics to a beer. However, over 50% of beers still use just malted barley. 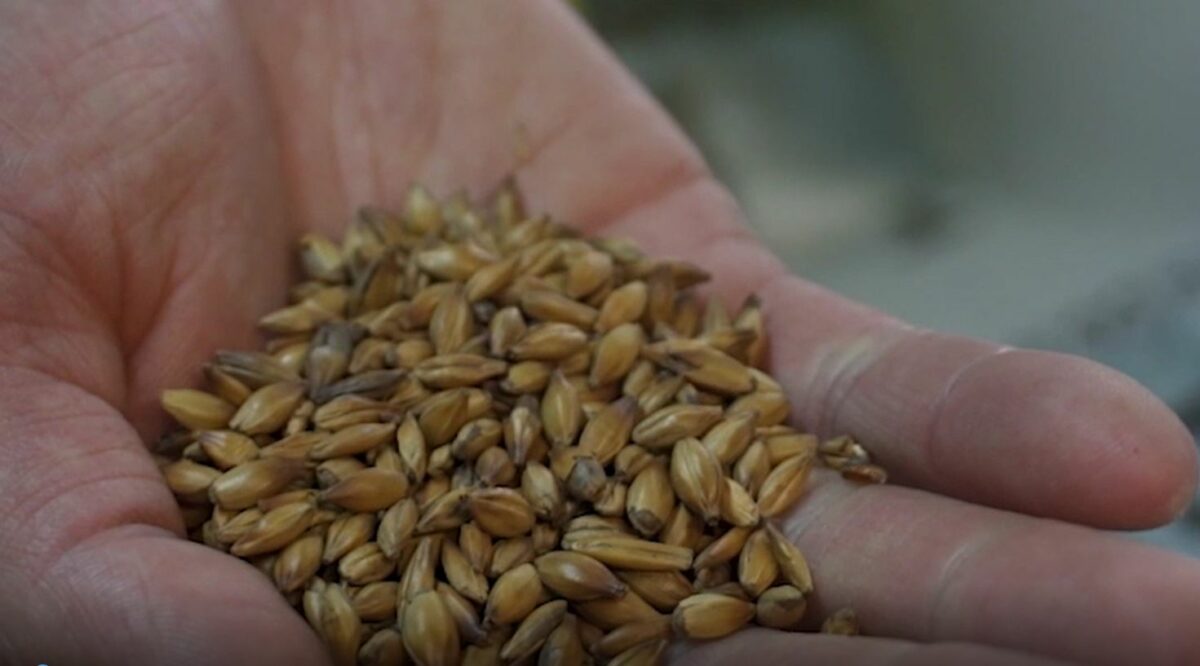 Beer flavours aren’t solely due to the grains and water involved. The hops used play a crucial role.

Hops are green, conical flowers from the climbing perennial plant ‘Humulus Lupulus.’ Inside each flower are miniscule pods known as lupulin and it’s these which are responsible for much of a beer’s flavour or bitterness, as well as its aroma.

Hops help to create a balanced beer, where bitterness offsets the sweetness of the malt. Certain beers – such as IPAs – are considered more ‘hoppy’, although different hops deliver different tastes. With hops grown around the world, those tastes can range from earthy to citrussy, even herbal or pine like. They’re also a natural preservative with antimicrobial properties.

Yeast is a living micro-organism and the catalyst in the creation of beer.

By adding it to a sugar-rich solution, brewers can metabolise the sugars into alcohol. Yeast first respires in the brewing liquid using oxygen. Once all the available oxygen is used up, the yeast switches to anaerobic respiration, which produces alcohol and carbon dioxide.

There are different types of yeast for beer that can mainly be split into two: ale and lager yeast.

The yeast used for ales perform best at higher temperatures, so are quicker to ferment. Lager yeasts on the other hand work best at lower temperatures. This means that the fermentation of lager happens at a slower pace than ales.

Many brewers obtain yeast from specialist wholesalers and suppliers, but some bigger brewers actually have their own, exclusive, pure yeast strains – like we do here at Joseph Holt.

Like a super-secret ingredient or recipe, frozen samples are securely kept in a locked freezer, just in case anything ever goes wrong. We re-culture our yeast strains around four times a year to keep quality high and consistent. 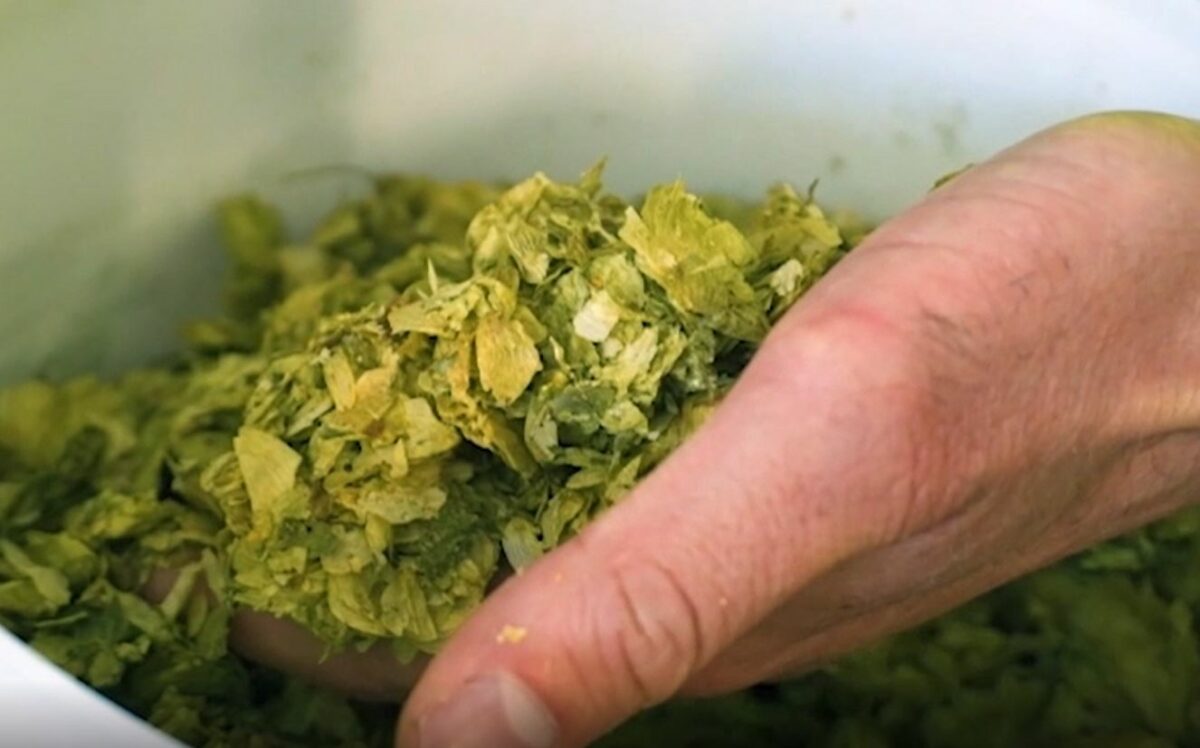 Many brewers explore the use of other ingredients to add interest or complexity to their beer. Some of these are known as adjuncts, which is a non-malt source of fermentable sugar.

Breweries experiment and explore a world of elements and additions to spice up – or soften – their beer’s flavour. Ingredients such as fruit or spices have been used for many years to build different depths, flavours and aromas.

Examples of this include orange and other fruit peels, cinnamon, allspice and various other spices, honey, lactose, cacao nibs and much more. Lactose, for example, doesn’t ferment as well as other sugars, so adds a creamy sweetness – think milk stout or a milkshake IPA.

And That’s What Beer is Made Of

And there you have it, that’s what beer is made of. Not quite sugar and spice and all things nice, but not far off.

We also have a couple of other not-so-secret but essential ingredients – our proud history and tradition, mixed with our passion for beer and dedicated brewing expertise. Not to mention those aforementioned hopes, dreams and happiness. And quite probably memories, too.

We’ll raise our glass to that. 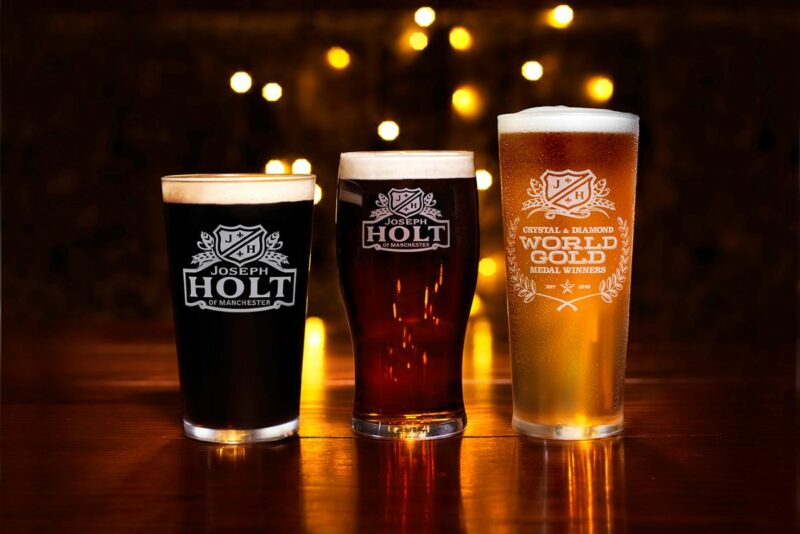 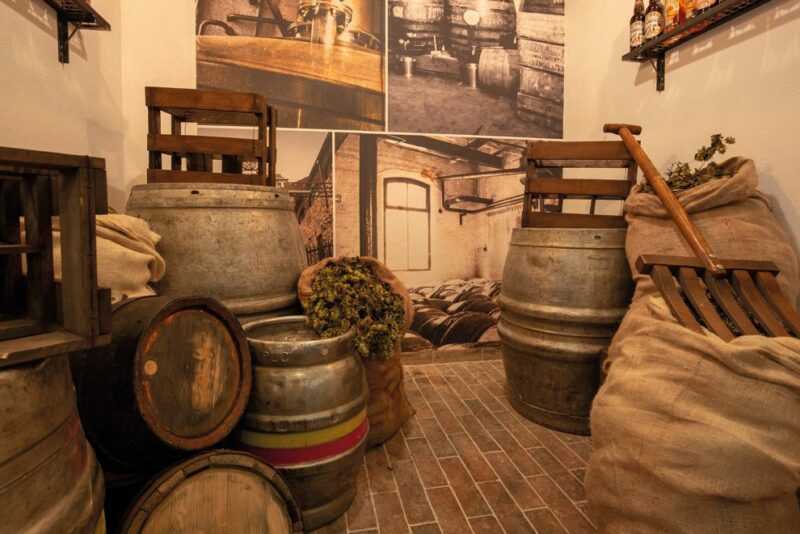 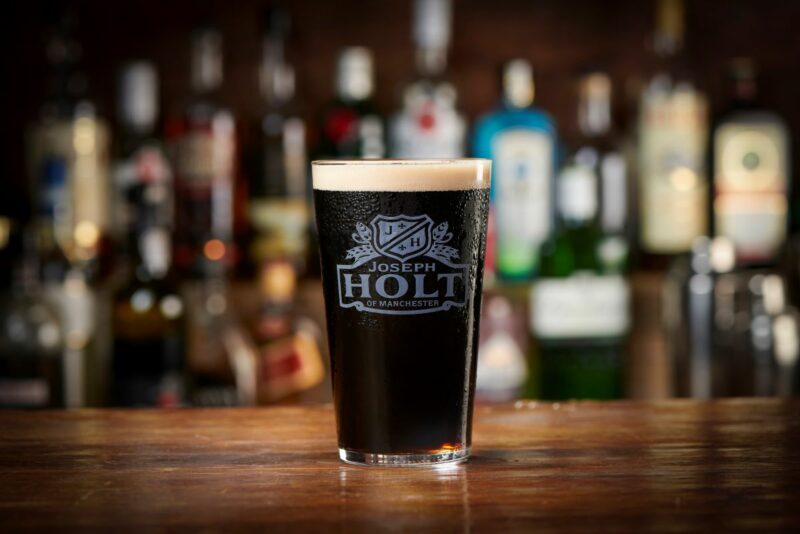