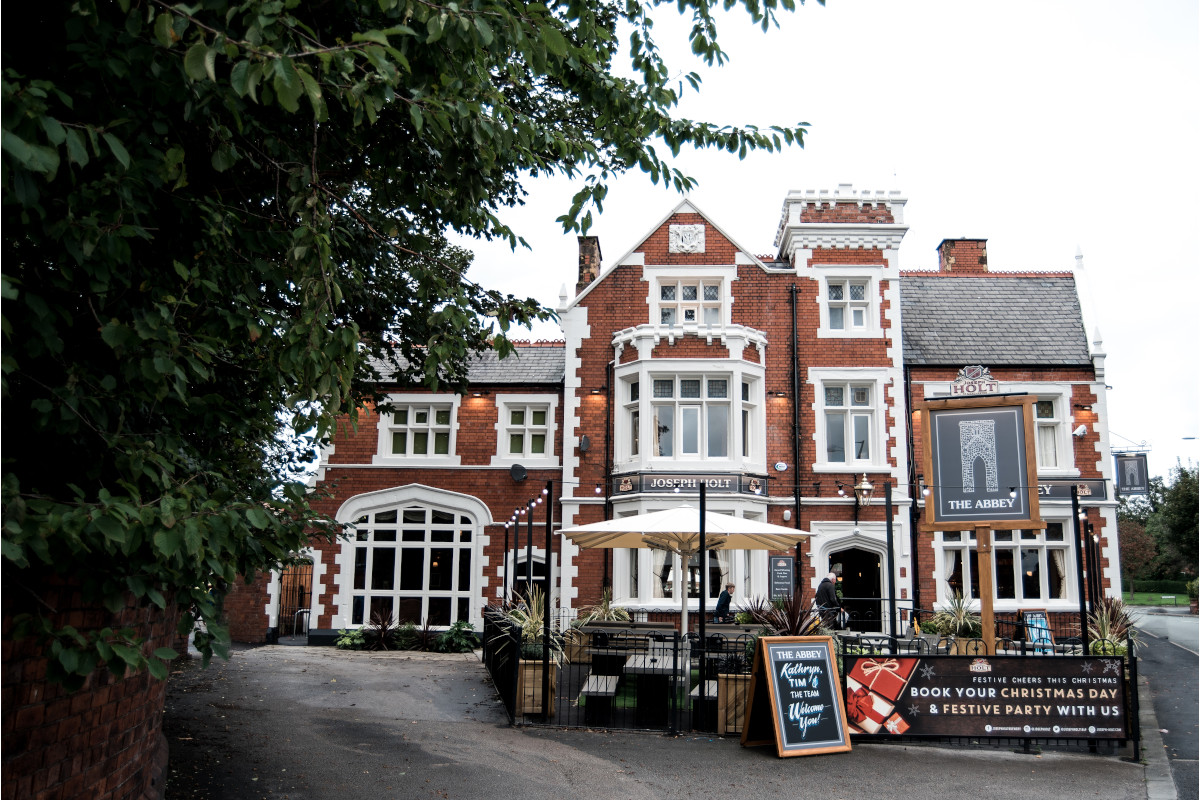 A historic landmark which lies at the heart of the St Helen’s community has undergone an £800,000 makeover.

Refurbishment work at The Abbey not only aims, say the independent family brewery owners, Joseph Holt, to preserve the distinctive character and unique heritage of the Gothic style building.

Its reboot as a go-to eaterie will also consolidate The Abbey’s position as a community resource and a place which will draw business and footfall to the area.

“But the three-month refurbishment of the Abbey has also transformed it into a ‘destination food house’ which we are sure will be a boost to the local economy, draw people into the area and ensure this remarkable building maintains its place at the heart of the community.”

Makeover work includes a new bar, furniture and fittings and a huge extension which features an impressive Abbey style window. The beer garden has also been expanded and now spans the front and side of the pub, with outside televisions, artificial grass flooring and canopy.

And in a nod to its history, each room in the Hard Lane pub has been given a traditional name known to the locals such as The Chantry and The Crypt.

Built in 1892, the Abbey pub was officially opened by Mayor of St Helen’s, Councillor Janet Johnson, who cut the ribbon at the relaunch and poured the first pint.

Appropriately this first drink was a glass of a premium cask lager known as The Mayor which forms part of Holt’s limited edition 170 Cask Ale Programme – a series of six new ales which celebrate six generation of the Holt family who have worked at the iconic brewery. The Mayor beer pays tribute to Sir Edward Holt, son of brewery found Joseph Holt, who was a Lord Mayor of Manchester.

Adds Richard Kershaw: “The Abbey was built over 130 years ago and we hope in making this investment it will continue to play a huge part in the future of the area.”